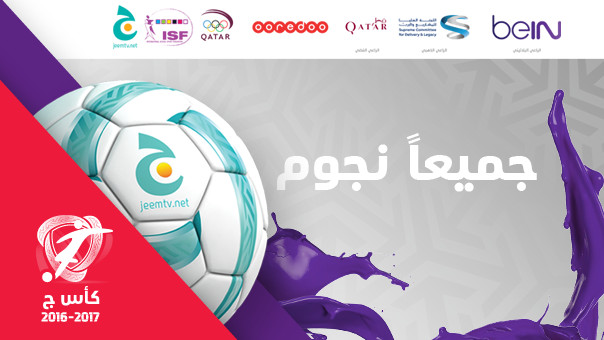 What is the Jeem Cup?

The Jeem Cup, in it’s third installment now, is an initiative taken on by JeemTV to fulfill the passions of young football fans and players all around the world.

This will not only build and strengthen ties between a global and diverse set of students, but it will also promote sports in general, and more specifically, football.

The age group of the participating students in the Jeem Cup is among 12-year-old.

The Jeem Cup Objectives include:

6- Developing the talent of children on the football field

7- Helping children learn valuable lessons and many strategies of football

2- The winning team will represent its respective country. Hundreds of Children from several different countries will participate in the Jeem Cup tournament, that will be held in Qatar during the month of February, 2017.

4- The best performing members; the best player, the best goalkeeper, and the top scorer will be receiving a cash prize of 50,000 QAR.

Tell us what you think!